With the aim of making the Island an International Dark Skies site, North Ronaldsay is planning a Learning Centre as part of the Kirks Project, focused on observations of the Universe. The Island already has an eight-inch Reflector Telescope, and will acquire red-light torches, star maps, and wall charts of the night sky. An interpretation display will incorporate online computer facilities and portable Tablets which show instantaneous maps of the sky at the location.

There will be a Planetarium such as StarLab, a lightweight dome held up by blown air. Inside, a panoramic image of the night sky is projected onto the inside of the dome by a powerful projector. The nearest one is in Aberdeen, so it would be a special visitor attraction. Everything would be in place to run astronomy weekends for groups, visitors, and students. Weather disruption can, of course, always be a factor, but the evidence gained from those few other areas that have attained Dark Skies status is that the uncertainty can be part of the adventure! As long as there are other indoor options -which the StarLab Planetarium would certainly provide – then people appreciate and embrace the variety of the experience.

A complementary program is the East Anglian Astrophysical Research Organization (EAARO). This group is interested in constructing a facility for Radio Astronomy in North Ronaldsay. Radio Astronomy is just like regular astronomy, except the observations are in the radio frequency part of the electromagnetic spectrum rather than the visible light range. Thereby one is able to see different aspects of the Universe unobscured by clouds, weather or time of day. 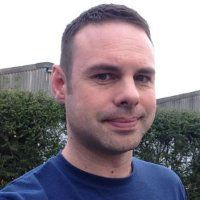 “The North Ronaldsay sky and community offer the perfect site for EAARO work in Orkney. We are excited to be here.”

The current focus of research is the tracking of meteors and will incorporate an outreach program to schools as part of STEM (Science, Technology, Engineering and Mathematics), to get more young people excited about science. Apart from the research, the team envisages computer projection facilities with ‘wrap-around’ screens so that people can experience what it 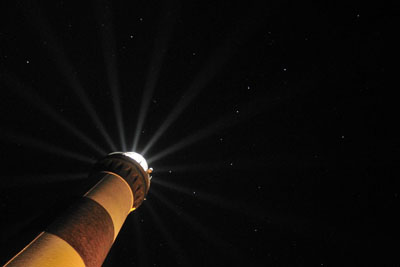 is like to approach a black hole or ride on a meteor. This would dovetail well with the mobile Planetarium.

The current vision includes a unique comet exhibition (with assistance from ESA) where customers may explore not only the surface of a comet, but actually experience the simulation of a spacecraft ride whilst in orbit. The Team would like to see a network of antennae in different Orkney Islands, synchronized through the internet. The project may be part of the North Isles Landscape Partnership, along with other Kirks projects. The combined projects could make North Ronaldsay a magnet destination to attract people from far and wide. The existing Archive Center in the New Kirk would provide additional research and learning opportunities as a part of a cultural experience.

or make a general donation here